In this episode of “Actually,” Judge Ed Spillane talks about how the College Station Municipal Court goes to great lengths to make sure citizens aren’t prosecuted due to their economic status. 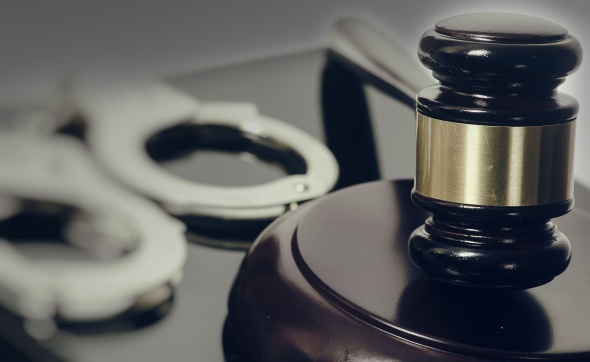 Since the City of College Station began our warrant amnesty/warrant roundup program in 2007, we’ve cleared more than 6,000 warrants valued at over $2 million. The twice-yearly amnesty period has proven to be a win for defendants and our court because it’s provided a path for people to pay outstanding warrants and avoid jail.

The first warrant amnesty period of 2020 for the City of College Station and Brazos County starts Monday and runs through Feb. 28. Last fall, we cleared 100 warrants valued at almost $38,000.

If you have an outstanding warrant, you can avoid paying a $50 per case warrant fee if you pay the fine in full. During the warrant roundup Feb. 29-March 8, city marshals, police officers, reserve police officers, and constables will arrest those who haven’t paid their fines.

If you have an unpaid outstanding warrant, there’s a good chance you’ll be arrested.

Many cities do the roundup without offering amnesty, but we think the amnesty period is essential because you can make restitution, save a little money, and avoid jail time.

We’ve been a leader in encouraging other courts to participate, and now there is a statewide round-up in March. Our court has even been recognized by The Baltimore Sun as a national leader due to our amnesty program.

Do you have an outstanding warrant?

No partial payment schedules will be allowed if you want to avoid the $50 fee. The City of College Station accepts cash, cashier’s check, credit cards, money orders, and personal checks. You may also pay your outstanding warrant through our online citation payment system.

If you have an outstanding warrant, I strongly encourage you to take care of it today. It’s a much better option than going to jail.

Ed Spillane is president of the Texas Municipal Courts Association and has been the presiding judge of College Station’s Municipal Court since 2002. He received his bachelor’s degree from Harvard in 1985 and earned his Doctor of Law degree from the University of Chicago Law School in 1992. 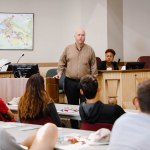 With every school year comes the excitement of football, new classes, and thousands of college students living in our community. At the College Station Municipal Court, this time of year also brings a rise in offenses by minors such as possession or consumption of alcohol, public intoxication, and misrepresentation of age.

This year, I’ve joined with the city’s Community Services, Police, Fire and Public Communications departments to teach a Community Living Course, a free, court-mandated program for young people who have committed these offenses. More than 200 students have already participated.

As a judge, my goal is to make sure defendants do not appear in any court again for a criminal charge.

The national drinking age became 21 in 1984 when President Ronald Reagan threatened to withhold highway funds to any state not increasing the age. Since then, the number of people under 21 who have died on the roads due to alcohol has declined by one third.

Minor In Possession of Alcohol

The most common offense we see in College Station is minor in possession of alcohol (MIP), which occurs when anyone under the age of 21 possesses an alcoholic beverage. Many of our students say they wish they had known about the consequences of a MIP offense before they were cited and assigned to the class.

The fine for a MIP is as much as $500 plus $74 in state fees. The fine is costly but much less expensive than a driving-while-intoxicated violation, which can start at $10,000 and may have deadly consequences.

We offer first-time offenders the chance to be placed on deferred disposition, which is a six-month probationary period that allows us to assign defendants to a variety of programs. While on deferred disposition, our defendants — in addition to paying the fines and fees — perform 10 hours of community service that benefits an assortment of governmental and non-profit entities.

For example, defendants have performed community service in the Northgate area supervised by our Community Services Department and have attended the one-day Reality Education for Drivers (RED) program, a hospital-based injury prevention program for young drivers. The RED program and other innovative programs are free and are run by the Texas A&M AgriLife Extension Service.

We’ll always have first-time offenders, but we are proud to have only a few second-time offenders. The number of first-time MIP offenses is also down from an average of about 1,200 filed a year to around 500 this year. That demonstrates that our message is working.

College-aged defendants placed on deferred disposition for any non-traffic offense are assigned to our four-hour Community Living Course. The unique class provides students a chance to learn rules and laws applicable to our city and state.

Our Community Services Department discusses city ordinances and common offenses, and the Police Department answers questions on an array of topics. The Fire Department and Public Communications staff add important information about our city and how to stay informed and safe.

I inform students about our court and the opportunities they have to clear their records if they avoid any new offenses until they turn 21. The feedback we receive has been positive, and many participants have suggested that all students take such a class during their freshman year or orientation week.

Defendants on probation for an alcohol-related offense must also attend a two-hour drunk driving victim impact panel conducted monthly by Mothers Against Drunk Driving. Attendees hear from someone who has offended or been a victim, providing a powerful, transformative message about the long-term effects of drunk driving.

Members of law enforcement, prosecutors, and judges also speak about laws and the costs of drunk driving.

The feedback we’ve received through the years proves the panel’s positive impact. The wonderful CARPOOL program — where students are picked up and driven home — was started by a Texas A&M student who attended one of these panels years ago.

If defendants never again find themselves back in court on a criminal charge, our community will be a safer place and the many college students who spend time with us will thrive as well.

Ed Spillane has been the presiding judge of the College Station Municipal Court since 2002 and serves as president of the Texas Municipal Courts Association. He received his bachelor’s degree from Harvard in 1985 and earned his Doctor of Law degree from the University of Chicago Law School in 1992.