As we bring in the new year, we offer a sampling of our best photography work of 2016. Click on the image above to view a slideshow, or scroll and click the individual photos in the mosaic below.

For more city photos from 2016 and beyond, click here. 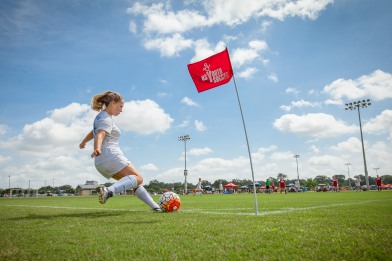 College Station played host to the 2016 U.S. Youth Soccer Region III Presidents Cup in mid-June at Bachmann Park and Veterans Park and Athletic Complex. The event attracted more than 130 of the best soccer teams from 12 states. It had been a dozen years since a Presidents Cup regional was contested in Texas. (photo by Mike Neu) – More Presidents Cup Photos

The Classic Country and Bluegrass Jam Session on June 7 was one of many popular senior adult activities at the Southwood Community Center. (photo by Jon Carpenter) – More Senior Activities Photos

The Brazos Valley Veterans Memorial board of directors hosted its annual Veterans Day Ceremony on Nov. 11 at Veterans Park and Athletic Complex. The event included a roll call of names on the Wall of Honor and speeches by Sen. John Cornyn and Gen. Hal Hornburg, a retired four-star U.S. Air Force commander and a Texas A&M graduate. (photo by Mike Neu) – More Veterans Day Ceremony Photos

The city’s many summer camps offered recreational and educational opportunities for youngsters and a chance for adult to serve as counselors, coaches, and instructors. (photo by Jon Carpenter) – More Summer Camp Photos

In November, Nancy Berry departed after two terms as mayor, the maximum allowed under the city charter. She was presented with the gavel she used for more than 160 council meetings. Berry begins a term on the Brazos County Commissioner’s Court in January. (photo by Jon Carpenter) – PODCAST: Mayor Berry reflects on her time in office 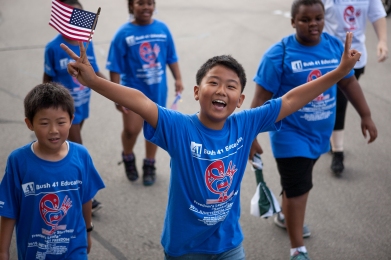 On June 16, scores of youngsters and adults participated in a 2.2-mile Freedom Walk from the Lincoln Recreation Center to the George Bush Presidential Library and Museum as part of the local Juneteenth celebration. (photo by Jon Carpenter) – More Freedom Walk Photos

Residents were encouraged to step outside to mingle with their neighbors and visit with local law enforcement officers at neighborhood block parties for National Night Out on Oct. 4. The event is intended to enhance crime prevention education and strengthen neighborhood spirit and police-community partnerships. (photo by Jon Carpenter) – More National Night Out Photos

Arthur Erickson and Gaston Schweitzer of Boy Scout Troop 1222 (below) led the Pledge of Allegiance at the Sept. 10 city council meeting. Erickson is a freshman at A&M Consolidated High School and Schweitzer is a seventh grader at A&M Consolidated Middle School. Local boy scouts frequently lead the Pledge at council meetings. (photo by Jon Carpenter)

On May 24, Fire Chief Eric Hurt retired after 35 years with the College Station Police Department. Earlier that month, the CSFD became one of only 164 municipal departments in the world to be accredited by the Commission of Fire Accreditation International. (photo by Jon Carpenter) –PODCAST: Hurt reflects on 35-year career

WIth more than 100 visitors and community partners in attendance, the Brazos Valley Veterans Memorial board dedicated its 11th bronze statue near the Indian Wars Memorial site at Veterans Park and Athletic Complex on Sept. 21. (photo by Mike Neu) – Learn More

Recycling & Environmental Compliance Manager Heather Woolwine was named the City of College Station’s 2016 Employee of the Year. Heather’s year was highlighted by transitioning the city from a curbside sort-and-bag recycling system to a single-stream recycling program. (photo by Jon Carpenter)

The Lincoln Recreation Center played host to the annual Breakfast with Santa event on Dec. 10. Attendees enjoyed a free hot breakfast along with entertainment and Christmas-themed carnival games. Kids ages 15 and under received a gift from Santa. (photo by Mike Neu) – More Breakfast with Santa Photos

At noon on July 8, Police Chief Scott McCollum led officers, families and citizens in prayer and a moment in silence for the five officers who died and the nine who were injured during an ambush in Dallas the night before. (photo by Jay Socol)

College Station Police Department hired 33 employees in 2016. As part of the recruitment effort, CSPD worked with city staff to generate photos and other marketing materials highlighting positions in high demand. (photo by Mike Neu) – About CSPD 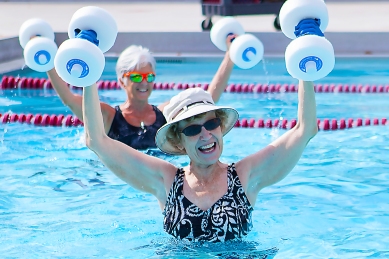 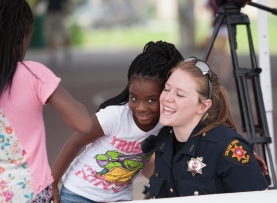 The Police Department sponsored a free picnic and back-to-school rally at the Lincoln Recreation Center on Aug. 27. The event featured a free lunch, games, a splash pad, and bounce houses to thank citizens for their support and to kick off the school year in a positive way. (photo by Jon Carpenter) – More CSPD Community Picnic and Back-to-School Party Photos 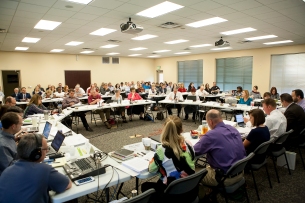 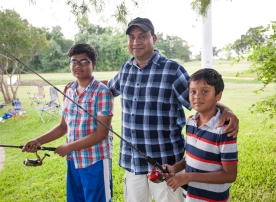 The Reptile Hospice and Sanctuary of Texas and KnK Reptile Rescue were at the Ringer Library for Reptile Day on July 29. The event featured various snakes, lizards and turtles. (photo by Mark Beal) – More Reptile Day Photos

Since 2002, the popular Starlight Music Series has provided free concerts to residents and visitors. But in 2016, the city introduced an online contest where fans could vote for a select group of musicians to decide the featured artists for the summer’s final concert. (photo by Mike Neu) – More Starlight Music Series Photos

A young couple relaxes in a hammock at Wolf Pen Creek Park on a balmy evening in late October. (photo by Jon Carpenter) – City of College Station on Flickr

Colin Killian (@ColinKillian) has been with the City of College Station since 2010. He previously served 23 years as associate media relations director for the Texas A&M Athletics Department. Killian has also been a reporter and editor for the Corpus Christi Caller-Times and Lewisville News. A native of Hobbs, N.M., he graduated from Texas Tech with a bachelor’s degree in journalism/political science.

This entry was posted on December 28, 2016 by City of College Station. It was filed under Public Communications and was tagged with 2016, Year in Photos.