Electric linemen brave elements to keep your power on 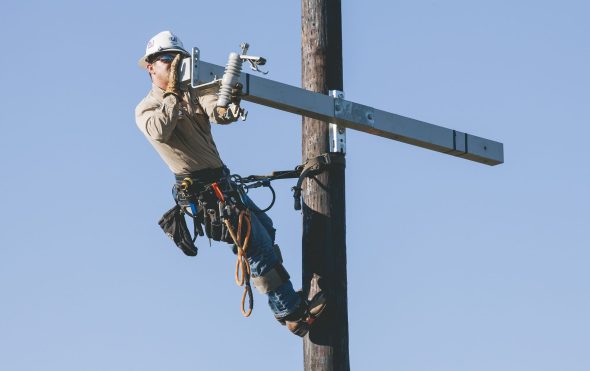 Since the invention of the Edison light bulb in 1879, electric linemen have been keeping the nation energized. More than 115,000 men and women install and maintain the nine million miles of electric grid that meet the nation’s power needs, including the 28 who serve at College Station Utilities.

That’s why the United States Congress and the City of College Station are recognizing Wednesday as National Lineman Appreciation Day (#ThankaLineman) as a way to honor the hard-working folks who protect public safety and energize our economy by keeping the power on.

Linemen are also a vital part of the first-responder community alongside police officers, firefighters, and paramedics. In most cases, other first responders can see their emergency issues, but electricity is invisible, which makes for an extremely hazardous environment during storms. While big events require all-hands-on-deck, most routine trouble calls are handled by two-person crews.

According to the Bureau of Labor Statistics, being an electric lineman ranked among the 10 most dangerous jobs. Unlike most occupations, linemen spend a large part of their working lives well above the ground maintaining electrical infrastructure. Our linemen work with voltages as high as 138,000 volts down to the standard 120-volt power in your home.

College Station Utilities is also committed to the construction of reliable, underground utilities. Our electric grid is more than 56 percent underground, which requires our electric personnel to be knowledgeable in both overhead and underground systems.

Please join us in thanking the highly skilled and dedicated linemen who work all hours of the day, often in hazardous conditions, to keep your lights on. 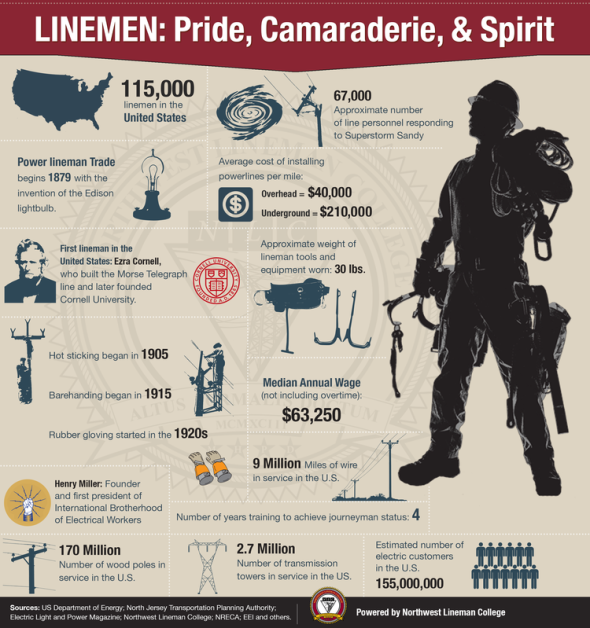 Patrick McIntyre is energy coordinator for College Station Utilities and is responsible for the energy conservation and key accounts programs. Pat joined CSU as a key accounts representative in 2009. He previously worked for 17 years in the manufacturing sector and eight years as a consultant with the Texas Engineering Extension Service. Pat graduated from Texas A&M in 1982 with B.S. in Industrial Distribution and has lived in the area since 1984.

This entry was posted on April 18, 2018 by City of College Station. It was filed under College Station Utilities, Electric Services, Public Communications and was tagged with electric linemen, first responders, National Lineman Appreciation Day.