How to thwart crime and stay safe this school year 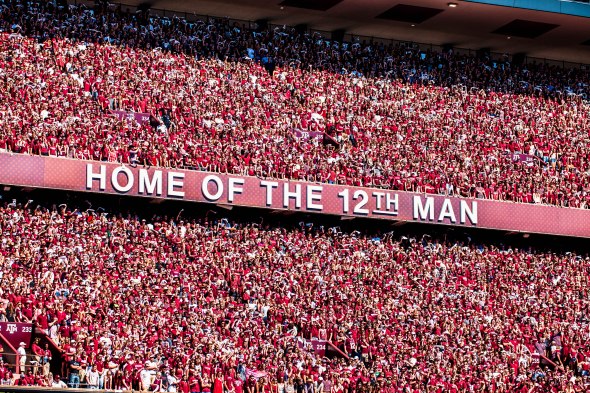 With classes starting at Texas A&M and Blinn College next week, it’s an ideal time to review some common sense ways for students to stay safe and avert crime.

Regardless of the location of your neighborhood or apartment complex, never leave your keys in your car — or even a nearby car — and make sure always to lock your car doors. If possible, don’t leave valuables — especially guns — in your car. If that’s not an option, hide them.

More than 90% of car burglaries don’t involve forced entry. Be sure you always lock the doors to your residence, too.

Did you just buy a brand-new 80-inch television to enjoy Aggie football games? Don’t leave the box by your curb to advertise your shiny new possession to anyone who drives past. Break up the box and put it in your trash container or a bag, or at least put it out the morning of your scheduled bulk trash pick-up.

About every 20 minutes in Texas, someone is hurt or killed in a crash involving alcohol. You already know that .08% blood-alcohol content is the legal limit in Texas, but you’re also intoxicated if you feel the effects of alcohol or drugs, including marijuana.

An arrest for driving while intoxicated can cost you a whopping $17,000, so always designate a driver, call a taxi or ride-hailing service (Uber/Lyft), or use Carpool.

You risk arrest for driving under the influence of any drug or substance, not just alcohol.

Marijuana use remains illegal in Texas. It will get you arrested and is a felony if you have more than four ounces. That also goes for possession of marijuana concentrates such as THC oil, hash, wax, or shatter.

Obviously, you should avoid all illegal drugs and take appropriate precautions with prescription drugs. If you share prescribed drugs or take those that are meant for someone else, you’re breaking the law.

You must be at least 21 years old to drink alcohol in Texas legally, and we strictly enforce the law in College Station. If you’re under 21, the easiest way to get caught is to possess alcohol at Northgate, a tailgate, or at a loud neighborhood or apartment party.

Getting a fake ID isn’t worth it, either. You risk getting a costly ticket or even an arrest for possessing a fake or altered ID, or one that isn’t yours. Lying to a police officer about your name or date of birth, or running away, typically results in an automatic arrest. Don’t turn a ticket into an arrest!

Whether you are of legal age or not, don’t supply alcohol to minors. You risk arrest if you allow your under-21 friends even to take a sip of your alcoholic beverage.

An unreasonable level of noise (more than 85 decibels on public property, or when someone complains about it) usually results in a ticket. That means you need to stay in control of your parties.

Fighting usually results in a misdemeanor arrest, and public urination is illegal under city ordinance.

Hazing is against most colleges’ codes of conduct — and it’s illegal.

Hazing is any intentional, knowing, or reckless act, occurring on or off the campus that endangers a student’s mental or physical health or safety as part of membership in an organization.

Hazing includes any activity involving consumption of a food, liquid, alcoholic beverage, liquor, drug, or other substance that subjects the student to an unreasonable risk of harm or that adversely affects the student’s mental or physical health or safety.

Part of college life is enjoying yourself and having fun with your friends. The best way to do that is to take proper precautions and avoiding unnecessary risks.

Here’s to a great school year!

Tristen Lopez is in his 10th year with the College Station Police Department.

With every school year comes the excitement of football, new classes, and thousands of college students living in our community. At the College Station Municipal Court, this time of year also brings a rise in offenses by minors such as possession or consumption of alcohol, public intoxication, and misrepresentation of age.

This year, I’ve joined with the city’s Community Services, Police, Fire and Public Communications departments to teach a Community Living Course, a free, court-mandated program for young people who have committed these offenses. More than 200 students have already participated.

As a judge, my goal is to make sure defendants do not appear in any court again for a criminal charge.

The national drinking age became 21 in 1984 when President Ronald Reagan threatened to withhold highway funds to any state not increasing the age. Since then, the number of people under 21 who have died on the roads due to alcohol has declined by one third.

Minor In Possession of Alcohol

The most common offense we see in College Station is minor in possession of alcohol (MIP), which occurs when anyone under the age of 21 possesses an alcoholic beverage. Many of our students say they wish they had known about the consequences of a MIP offense before they were cited and assigned to the class.

The fine for a MIP is as much as $500 plus $74 in state fees. The fine is costly but much less expensive than a driving-while-intoxicated violation, which can start at $10,000 and may have deadly consequences.

We offer first-time offenders the chance to be placed on deferred disposition, which is a six-month probationary period that allows us to assign defendants to a variety of programs. While on deferred disposition, our defendants — in addition to paying the fines and fees — perform 10 hours of community service that benefits an assortment of governmental and non-profit entities.

For example, defendants have performed community service in the Northgate area supervised by our Community Services Department and have attended the one-day Reality Education for Drivers (RED) program, a hospital-based injury prevention program for young drivers. The RED program and other innovative programs are free and are run by the Texas A&M AgriLife Extension Service.

We’ll always have first-time offenders, but we are proud to have only a few second-time offenders. The number of first-time MIP offenses is also down from an average of about 1,200 filed a year to around 500 this year. That demonstrates that our message is working.

College-aged defendants placed on deferred disposition for any non-traffic offense are assigned to our four-hour Community Living Course. The unique class provides students a chance to learn rules and laws applicable to our city and state.

Our Community Services Department discusses city ordinances and common offenses, and the Police Department answers questions on an array of topics. The Fire Department and Public Communications staff add important information about our city and how to stay informed and safe.

I inform students about our court and the opportunities they have to clear their records if they avoid any new offenses until they turn 21. The feedback we receive has been positive, and many participants have suggested that all students take such a class during their freshman year or orientation week.

Defendants on probation for an alcohol-related offense must also attend a two-hour drunk driving victim impact panel conducted monthly by Mothers Against Drunk Driving. Attendees hear from someone who has offended or been a victim, providing a powerful, transformative message about the long-term effects of drunk driving.

Members of law enforcement, prosecutors, and judges also speak about laws and the costs of drunk driving.

The feedback we’ve received through the years proves the panel’s positive impact. The wonderful CARPOOL program — where students are picked up and driven home — was started by a Texas A&M student who attended one of these panels years ago.

If defendants never again find themselves back in court on a criminal charge, our community will be a safer place and the many college students who spend time with us will thrive as well.

Ed Spillane has been the presiding judge of the College Station Municipal Court since 2002 and serves as president of the Texas Municipal Courts Association. He received his bachelor’s degree from Harvard in 1985 and earned his Doctor of Law degree from the University of Chicago Law School in 1992.

This post is the sixth and final one in a series about keeping your family and possessions safe this holiday season.

Fatal road accidents tend to hit their annual peak between midnight and 5 a.m. on New Year’s Day. What a potentially horrific way to bring in a new year.

The most troubling thing is that we could avoid many of these accidents if motorists – and those around them – recognized the red flags and took preventive action.

Stubborn myths about alcohol and its effect on the body contribute significantly to the problem. Let’s start by dispelling three of those dangerous misconceptions:

MYTH 1: If you’ve had too much to drink, coffee will sober you up.

Fact: Only time can make you sober again. It takes your body about two hours to break down the alcohol after consuming one pint of beer. It takes about one hour to break down a small, five-ounce glass of wine.

MYTH 2: Hard liquor is more intoxicating than beer or wine.

Fact: A 12-ounce can of beer, a five-ounce glass of wine, and a 12-ounce wine cooler contain the same amount of alcohol and the same intoxication potential as 1½ ounces of hard liquor.

MYTH 3: Someone who has drunk too much looks intoxicated.

Fact: A person’s physical appearance can be misleading. A single drink can impair someone’s ability to drive. When someone drinks, the first thing affected is their judgment. Important motor skills are next.

If you plan to host a New Year’s Eve party, we recommend taking some common-sense steps to curb excessive drinking and to help your designated drivers stay sober.

Drinking isn’t mandatory for having a good time, so don’t force alcohol on your guests. Offer a variety of non-alcoholic beverages for designated drivers and others who prefer not to consume alcohol. Carbonation encourages the bloodstream to absorb alcohol faster, so use non-carbonated bases such as fruit juice for alcohol-laced punches.

It’s also a good idea to avoid serving too many salty snacks, which tend to make people thirsty and want to drink more.

Before your party begins, ask your guests to appoint one or more designated drivers, who should agree to drink only non-alcoholic beverages. If certain guests are known to drink in excess, inform them that drinking and driving are unacceptable at your party.

Don’t let guests mix their drinks. Choosing a reliable bartender will help you keep track of the size and number of drinks your guests consume. Don’t allow anyone under the legal drinking age to consume or serve alcohol, either.

About 90 minutes before your party is scheduled to end, close the bar and serve dessert treats with coffee. But remember: time alone sobers up those who have been drinking.

If you witness any of these driver behaviors, note the license plate number and vehicle description and report it to the proper authorities. DO NOT attempt to stop the driver on your own:

The College Station Police Department will be actively enforcing alcohol-related offenses throughout the holiday season and especially on New Year’s Eve.

We wish you a safe and happy new year!

Lt. Craig Anderson is in his 30th year with the College Station Police Department.