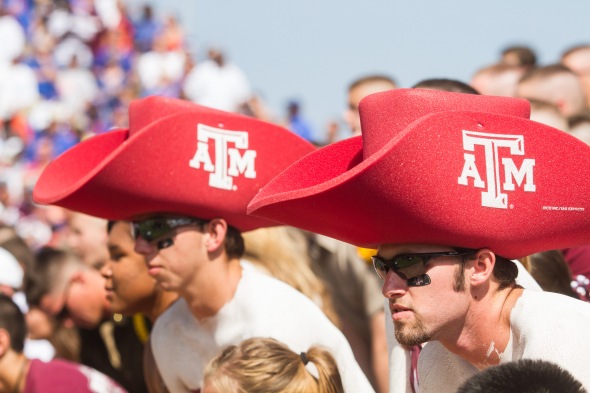 Reaching the end of a year always provides an opportunity for reflection. Like College Station’s population odometer, the number of views to our blog is about to roll over 100,000. Accounting for nearly 10 percent of those views are the five most-popular posts of 2013 (click on the title to read the respective blogs):

The greatest B-CS song you may have never heard

Dusted off from the 1960s, this little gem graced the WTAW-AM airwaves and really got creative when touting the positive qualities of the community. Among them: a wide main street, a nuclear reactor and deer hunting that’s “better than it was when the Indians were around.” Not joking.  Listen for yourself. END_OF_DOCUMENT_TOKEN_TO_BE_REPLACED

Your account number is the key when reporting an outage 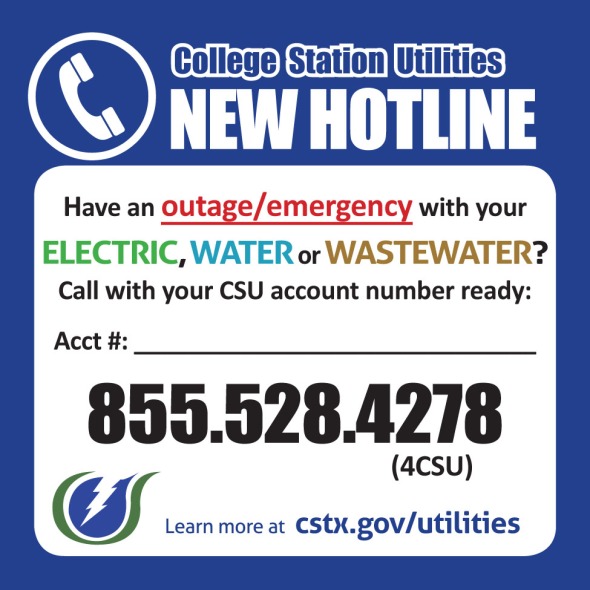 Since College Station Utilities implemented its new outage hotline in March, our customers have given us many ideas to improve the system. As a result, we’ve continually made adjustments, including changes to the recording you hear when you dial-in an outage.

In recent outages, the hotline number and our Outage Management System have proven to be valuable tools, and the outage map has been especially useful in providing our customers with real-time information.

The storm on Oct. 13 was the most severe we’ve seen in a long time. From 3 a.m. to midnight, we received more than 2,000 calls. Unfortunately, almost half of those calls were not identified by the system because callers didn’t enter their account number, were calling from a phone the system couldn’t recognize, or went straight to leaving a message.

The system automatically grouped calls and predicted outage sizes and locations for the calls that went directly into the system. The other calls had to be handled manually, which took time away from tending to the outage and directing crews.

Under our old system — which had only 14 lines – we would have had a lot of busy signals and dropped calls. We certainly wouldn’t have responded as effectively as we did on Oct. 13. We are constantly striving to improve the system, and the key is to encourage you to use your account number when reporting an outage.