Podcast: Mayor Berry reflects on her time in office 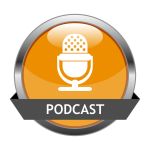 If you live in College Station and pay even a little attention to local government, then you know we have people leaving our city council to make room for the newly elected members.

One of those we’re saying farewell to is Mayor Nancy Berry, who held that office for more than six years before reaching her term limit. But before she gets to work as a Brazos County Commissioner, we wanted Nancy to reflect on her time as College Station’s mayor, including her strongest memories, proudest moments, and even the things she didn’t quite get to before time ran out.

The interview comes in two parts. In Part 1, she talks about her time on the College Station City Council before she became mayor — that was in the mid-2000s — and then her first term as mayor, which was 2010-2013. In Part 2, Mayor Berry talked about the highlights of her second and final term, which spanned 2013-2016.

Click below to listen. If Soundcloud doesn’t play in your older version of Internet Explorer, click here to hear to the audio file from your system.

Click below to listen. If Soundcloud doesn’t play in your older version of Internet Explorer, click here to hear to the audio file from your system.

Gator fans to Mayor: Can we watch the game with you? 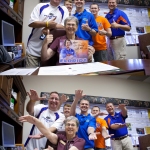 On the eve of Texas A&M’s first football game as a member of the Southeastern Conference, which also happens to be its season opener, College Station already has begun to welcome fans of the Florida Gators.

But five of these Gator fans made it on our radar even before they hit town.

Quick history: A few months ago, Florida head football coach Will Muschamp asked members of a Gator booster club if they’d ever been to College Station.  If they had, he quipped, it certainly would be their only time.  College Station Mayor Nancy Berry recorded a fun video rebuttal — which, incidentally, begins with the Mayor saying, “Howdy, Muschamp!” — and sent the coach a gift basket to show there were no hard feelings.