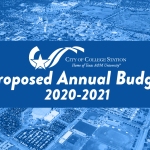 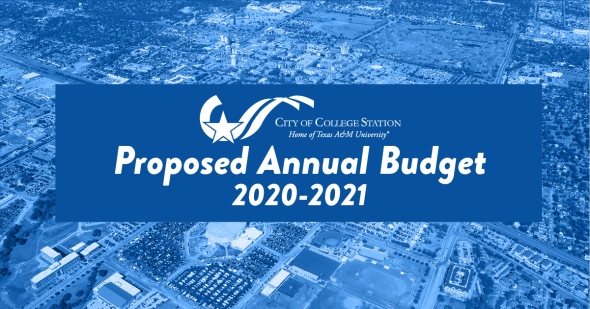 COVID-19 has affected just about every aspect of our lives since mid-March. At the City of College Station, we expect that impact to continue well into our next fiscal year, which begins Oct. 1.

The city’s proposed Fiscal Year 2020-21 budget —presented to the city council Thursday night — takes a strategic approach to address our community’s short-term, mid-term, and long-term needs in these uncertain times. The council takes a more in-depth look at the numbers beginning with Monday’s first budget workshop, followed by additional sessions on Tuesday and Wednesday.

The budget workshops can be accessed through Zoom. We’ll post the presentations from each day here: 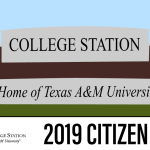 When I was a kid, I adored sports statistics. Batting averages, shooting percentages, passing efficiency – you name it, I ate it up.  I never dreamed I would someday be just as enamored by the vast array of statistical data in your average citizen survey.

National Service Research conducted the City of College Station’s survey in April, and we presented the 71-page summary report to the city council Thursday night. About 950 pages of the raw survey data sit on my desk.

What kind of stat nerd would spend hours of his life pouring over this stuff? Yep, this guy.

And despite what you might think, some of the numbers are pretty interesting, especially when compared to the rest of Texas.

In sports, a .325 batting average may be impressive, but what if the player only ranks 50th in the league? What if he hits .300 but ranks 8th? We compare sports statistics to give context to how athletes perform. Cities do the same thing with citizen surveys to achieve a similar context.

We had an outstanding response with 1,236 residents participating. All surveys and polls have flaws, but with a margin of error of +/- 2.8 percent, we’re confident the results of this survey fairly reflect the views of our population.

We conduct these surveys periodically as part of the city council’s strategic plan, so we’re able to measure and compare our performance over time. Before this year, our most recent surveys were in 2016 and 2012.

The 2019 survey also compares us to Texas cities that have conducted similar surveys in the last two years. We stacked up well against our peer cities in the state (those within 60,000 of our population of 122,000) and Texas cities overall.

What did the survey show?

On the affirmative side, about 8 of 10 residents rate the overall quality of city services and our water, wastewater and electric services as good or excellent. We’re also pleased that 85 percent give the city’s customer service a positive rating.

In addition, about 9 out of 10 respondents rated our community and their neighborhood as an excellent or good place to live and raise a family. That same portion would recommend College Station as a place to live.

The problem areas are what you’d expect, led by traffic congestion. Only 24 percent gave us an excellent or good rating for that, but the benchmarks show traffic being a problem everywhere in Texas, which reflects the rapid population growth in our state.

Of course, our police and fire services again rate highly with the public. Since 2016, we’ve had a nine-point increase in the percentage who feel safe in their neighborhoods, despite an 11-point rise in those who feel crime is increasing.

The survey is simply one of many tools that city management and the city council use to provide a high level of service to our residents. While it’s apparent that College Station stacks up well across the board, we also recognize we have many areas that need improvement — and that’s even more valuable to us than the positive ratings.

Check out the complete survey results when you have a chance and let us know what you think.

As the survey illustrates, your opinion is always important. 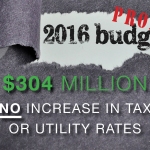 It’s no secret that College Station is one of the country’s fastest growing small cities. Our population has increased about 36 percent in the last decade.

Over 103,000 people now call College Station home — and more are on the way. Conservative estimates say we could add another 40,000 residents in the next 10 years, with the student populations at Texas A&M and Blinn College continuing to expand.

With that rapid growth comes a demand for adequate infrastructure and core services related to public safety and parks.

City staff has spent months studying the city’s immediate and long-range needs while consulting with residents and other stakeholder groups. The result is what we consider a responsible FY2016 budget that will help us keep pace with our growth and meet the increased demand for city services we expect in the coming years.

END_OF_DOCUMENT_TOKEN_TO_BE_REPLACED 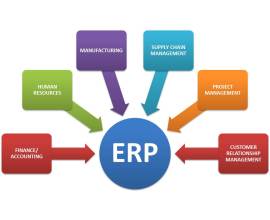 In the late 1980s, the Cold War was coming to an end, the World Wide Web had not been born, and the fax machine was considered cutting-edge technology.

A quarter of a century later, those fax machines are gathering dust and the internet is a necessity. Meanwhile, College Station’s population has doubled, yet the city is still using that same software system.

But it’s not so fancy, anymore. In fact, it’s barely functional.

That’s why the city is investing more than $5 million in a new enterprise resource planning (ERP) system that can fully and effectively handle our wide range of business needs and activities.

END_OF_DOCUMENT_TOKEN_TO_BE_REPLACED 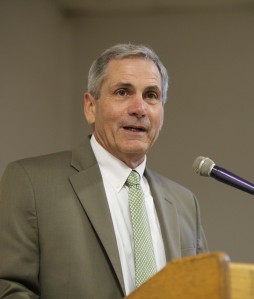 EDITOR’S NOTE: This article originally appeared in the The Eagle on Sunday.

Jan. 11 was my last day as College Station’s city manager, which means the emails have stopped and my once-packed calendar is now clear. After 40 years of public service, this feels pretty good. I’m not quite done yet — I have some other things I’d like to do before begrudgingly accepting the label of “retired.”

I’d like to use this blog to look back at my four very exciting, always challenging, and supremely rewarding years with the City of College Station. As I told my staff during a small reception on my last day, I’ve never worked with a group of professionals — from front-line workers to department heads — more focused on serving the public.

END_OF_DOCUMENT_TOKEN_TO_BE_REPLACED

One of my greatest annoyances is reaching into my mailbox after a long day and — instead of the winning entry in a sweepstakes — finding a long, tedious survey sent from some political party, corporation or other group. Many of these surveys have no obvious or tangible benefit and, if you’re like me, you promptly file them in the nearest wastebasket.

Our 2012 Citizen Survey, which was mailed two weeks ago to about 8,000 randomly selected College Station addresses, is not one of those surveys. Why is this particular survey worth your time and effort? The answer is simple: you’re helping us determine the best and most efficient use of your hard-earned tax dollars.