Welcome to our live blog from the College Station City Council’s workshop and regular meetings on Thursday, April 11. It’s not the official minutes.

The council reviewed a study by Etico Solutions that evaluated and analyzed police officer staffing. The information is based on five years of call data and three years of leave data.

The council reviewed the city’s 2018 Existing Conditions Report, which kicks off the 10-year Comprehensive Plan update process with an overview of College Station’s conditions for the natural environment, demographics, economic development, land use, public facilities, and transportation. The report and be viewed online at cstx.gov/planning.

The council discussed the status of the Wolf Pen Creek Corridor.

Three people spoke during Hear Visitors when citizens might address the council on any item that doesn’t appear on the posted agenda.

After a public hearing, the council voted unanimously to establish a public utility corridor for the Northeast Wastewater Trunk Line Project Phase 2 in city greenways east of Art & Myra Bright Park in the Raintree subdivision and east of Wilderness Drive.

No other feasible alternative exists for the project, and reasonable measures will be taken to minimize the impact.

The council voted unanimously to approve a $167,500 contract with Planning NEXT for the city’s Comprehensive Plan 10-Year Evaluation and Appraisal Report. The planning process will begin in May and is expected to be finished by the summer of 2020.

The council voted unanimously to approve a $363,000 contract with Kieschnick General Contractors for the development of the Georgie K. Fitch Park Trail to provide a safe connection from Fitch Park to the Ringer Library. The project includes lighting and a concrete trailway over Bee Creek.

The council voted 5-2 to approve a resolution supporting Texas House Bill 884 that would designate Texas Avenue from East Villa Maria Road to Krenek Tap Road as the Carolyn and John David Crow Memorial Parkway. Texas Avenue is a state roadway, and the designation would not change any addresses. Councilmen Dennis Maloney and Bob Brick voted against the motion.

Mary Hirsch spoke in opposition to the process used by the state to designate state roadways.

An earlier motion by Maloney to postpone the vote was defeated, 4-3. Brick and Councilwoman Linda Harvell also supported Maloney’s motion.

Crow played won the 1957 Heisman Trophy at Texas A&M as the nation’s outstanding college football player. He played 11 years in the NFL and spent several years in coaching and athletic administration, including a stint as A&M’s athletic director. Crow passed away in 2015, followed by Carolyn in 2016.

Bicycle, Pedestrian and Greenways Board

The council voted unanimously to appoint Kyle Leblanc to finish an unexpired term the Bicycle, Pedestrian and Greenways Advisory Board.

Why you should care about the city’s Comp Plan checkup 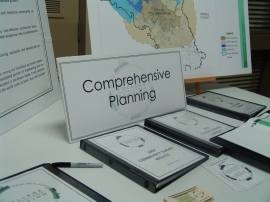 “I have always found than plans are useless, but planning in indispensible.”
— Dwight D. Eisenhower

When a successful strategic planner such as Gen. Eisenhower speaks, you’re compelled to listen. But how do you reconcile his statement?

What Gen. Eisenhower meant was that a plan isn’t simply a static to-do list. Plans have to be flexible enough to adapt to changing conditions.

The City of College Station’s Comprehensive Plan is no different.